Did you know…… that the world’s donkey population could be halved in the next five years, if action is not taken now?

This serious problem has arisen because of a rapidly growing demand from the middle-class Chinese population, for a sought after product called ejiao (pronounced uh-jee-ow).

Ejiao is a gelatine-like substance, used in traditional Chinese medicine and believed to help anaemia and other blood disorders. It comes from donkey skin and was once only available to the Chinese elite.

The rise in demand has led to prices going up and up and a subsequent increase in the rate of slaughter has occurred in order to supply the market.

Existing Chinese donkey farms have been unable to supply this growing slaughter market, causing donkey numbers throughout the country to fall.

Worryingly, the trade has now gone global to fill the significant gap in supply and China is currently recognised as the world’s biggest importer of donkey hides.

A comprehensive report by the Donkey Sanctuary, appropriately named ‘Under the Skin’, produced by them in 2017 and updated recently, highlights worrying welfare issues attached to this trade.

It has estimated that up to 20% of donkeys suffer inhumane treatment, die or are severely injured in transit to slaughter houses.

“Never before have donkeys faced this level of threat, as their local populations in some countries collapse, due to relentless demand for their skins” he adds.

The report also outlines how in many countries, donkeys are being stolen for export, particularly on the African continent.

A serious threat now exists, to the livelihoods of people in some of the poorest communities on the planet, who rely heavily on donkeys for their livelihood and are losing their treasured possession. 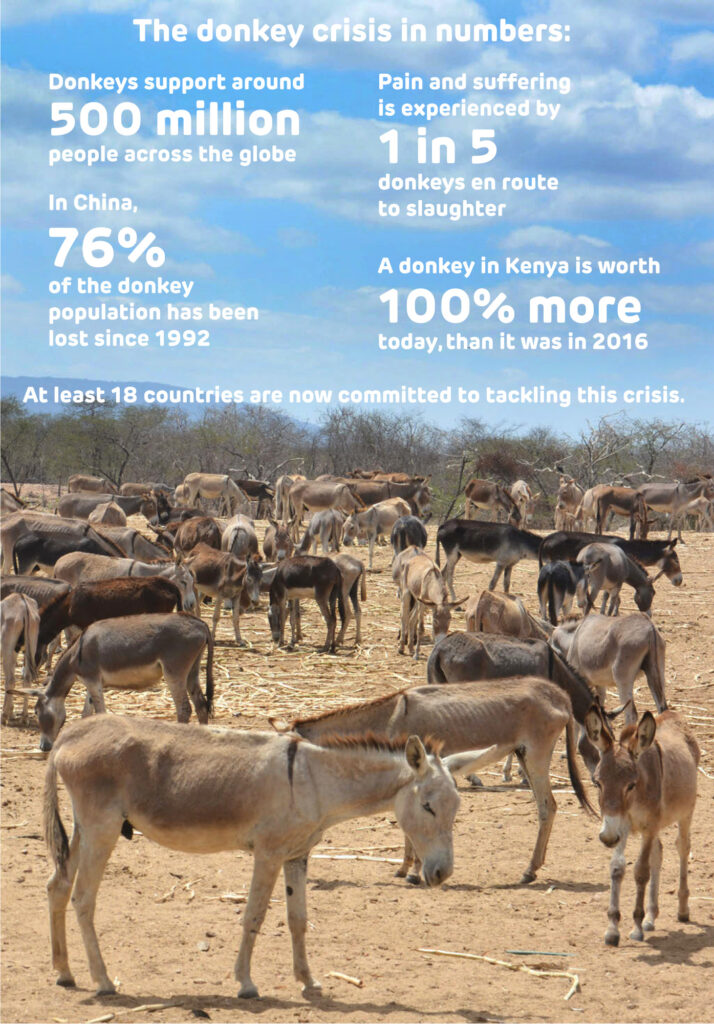 Here4Horses will report further on this appalling situation in the coming months and will seek to support charities like the Donkey Sanctuary who are working to secure solutions. https://www.thedonkeysanctuary.org.uk

If news items like this one are of interest to you, then please let us know….

and of course, watch this space!