Noggin has been with us since his rescue in early 2017 and is currently with an adoring foster carer. He will return to us to start his education as a riding pony before we look for his forever partner.

Noggin’s particular case, captured everyone’s heart. A large group of fly grazing horses were giving us all cause for concern and despite efforts to resolve the situation, ponies began to die at the site. The decision was therefore made by the RSPCA to seize the entire group, as they were all considered to be at great risk.

The round up went well but thanks to a last-minute decision to make a final sweep of the field by the RSPCA’s Chief Inspector Mark Gent, a grim discovery was made. Almost invisible in a sea of mud, Mark found what looked like the remains of a dead youngster.

The pictures here go some way to show the horror of the situation and the subsequent rescue which meant that ‘Noggin the Nog’ deservedly lived to fight another day.

Noggin was perhaps understandably very grumpy and sour in the early days of his recovery, he is now a sweet, loving pony adored by everyone who meets him.

His foster mum Pam and his stable

Having wind knots untangled from his mane 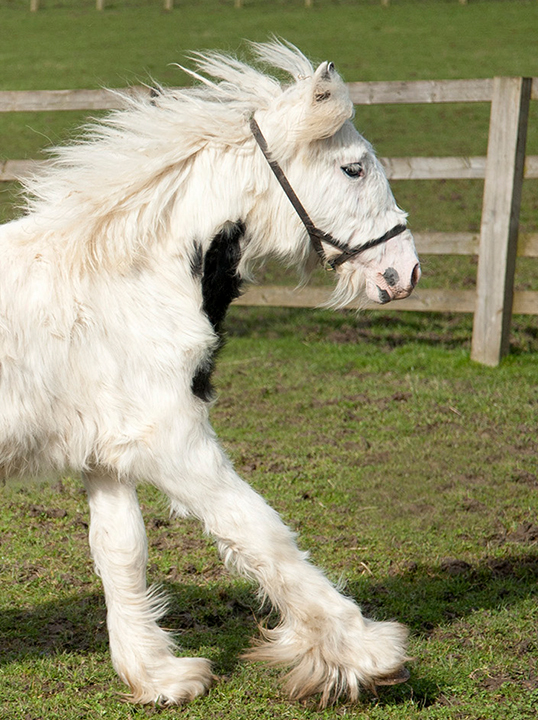 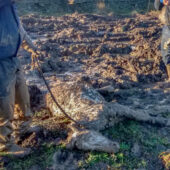 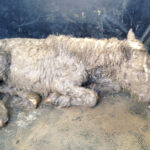 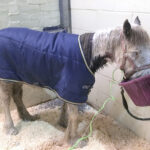 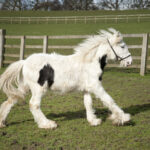 Perkins sadly started out, as yet another unwanted and abandoned foal. He is named after one of the kind ladies who helped to transport him to us. He was very lucky to be found before he met a miserable fate, like so many others.

Tinkerbelle joined us under the same sad circumstances as Chequers and Anna, in January 2020.

Anna arrived under very sad circumstances in January 2020, she was accompanied by her field companions Chequers and Tinkerbelle.